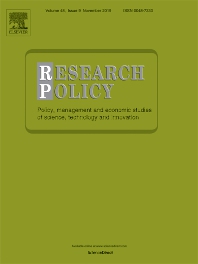 The article examines whether scientific production, research funding, Impact Factor of journals and size of collaborative teams have an influence on the propensity to receive more citations, and whether the influence of these factors differs across genders. Using a very complete database of funding, scientific papers and citations compiled at the individual researchers’ level, we estimate panel data regressions on the discipline-normalised citation rates of individual academics in Quebec. Our results show that although most of the indicators examined have a positive influence on the relative citation rate, when it comes to gender differences, not having enough public funding and raising private funding appear slightly detrimental for women in the health sciences.

In addition, when women collaborate with the same number of co-authors as men, or target similar Impact Factor journals, their articles are less cited then those of their male colleagues. Almost no gender effect is found in the natural sciences and engineering where women are still a minority. Our results worryingly show that academics who publish with a larger proportion of female co-authors are less cited. Furthermore, when targeting similar Impact Factor journals, researchers who collaborate with a higher proportion of female co-authors are consistently less cited in both the health and NSE fields than if they were publishing with a male dominated group of co-authors.