Vital Norms : Canguilhem’s The Normal and the Pathological in the Twenty-First Century 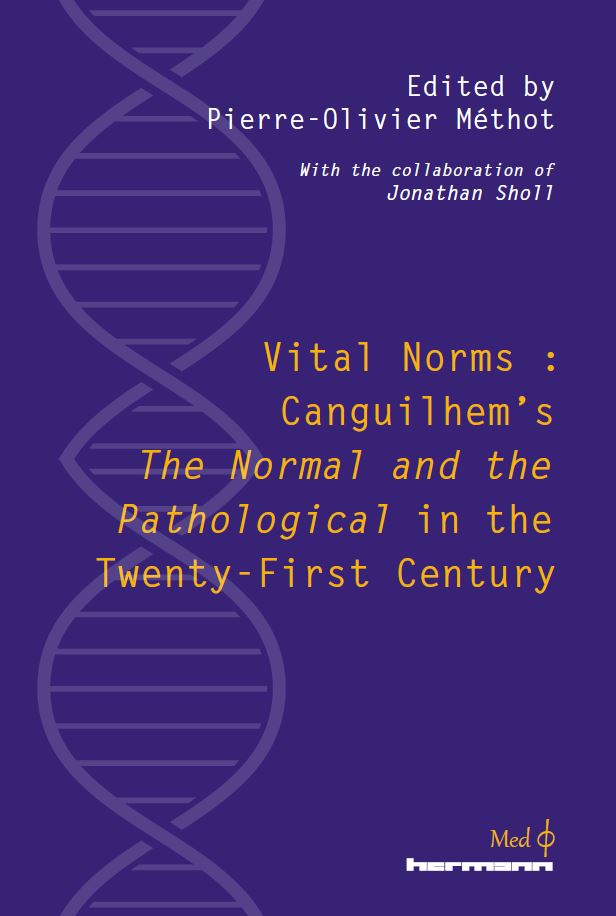 Medicine exists “as the art of life” because individuals have come to identify certain states as being in need of correction “in relation to the dynamic polarity of life.” Written in wartime by French philosopher and historian Georges Canguilhem (1904-1995), The Normal and the Pathological (1943/1966) offers a powerful and unparalleled critique of biological and medical thought. Produced by a new generation of scholars in history and philosophy of science, this collection of essays explores the historical, philosophical, and anthropological dimensions of The Normal and the Pathological – and demonstrates how fertile this work remains for our understanding of 21st century sciences of life and medicine. Drawing on the Œuvres complètes and on unpublished manuscripts, Vital Norms critically situates the book in its philosophical, scientific, and cultural context; brings Canguilhem’s writings into conversation with central epistemological issues in the biological and the social sciences; and articulates his critique of norms and normality within debates in philosophy of medicine and medical humanities. While a few books on Canguilhem in English have recently been published, Vital Norms is the first to comprehend Canguilhem’s biological philosophy in The Normal and the Pathological, and to read it with fresh eyes from both a historical and a contemporary perspective.