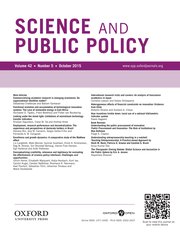 Public research funding is both a symbol of the relationship between the state and universities, and a powerful policy instrument to influence the direction and nature of research. This study analyses the perspectives of Danish, Finish, Norwegian, and Swedish system actors regarding the impact of block, competitive, strategic, and excellence funding streams on academic research production. It follows a convergent-mixed method design based on 456 questionnaires and 56 interviews. Average survey scores and a thematic analysis suggest competitive funding is perceived as having the strongest and strategic funding the weakest positive impact on research production. Findings also reveal significant differences in survey scores between system actors’ country and level of authority. Complementing studies based on bibliometric data, our actor-centered approach aims at portraying in a holistic way the multiple interrelations between funding streams and academic traditions in the context of Nordic higher education systems.