The Next Generation of Scientists 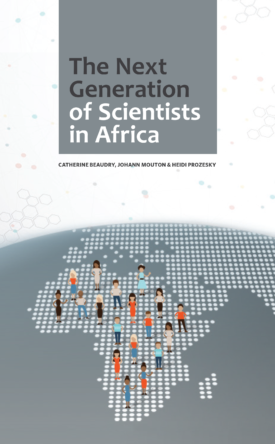 Young scientists are a powerful resource for change and sustainable development, as they drive innovation and knowledge creation. However, comparable findings on young scientists in various countries, especially in Africa and developing regions, are generally sparse. Therefore, empirical knowledge on the state of early-career scientists is critical in order to address current challenges faced by those scientists in Africa.

This book reports on the main findings of a three-and-a-half-year international project in order to assist its readers in better understanding the African research system in general, and more specifically its young scientists. The first part of the book provides background on the state of science in Africa, and bibliometric findings concerning Africa’s scientific production and networks, for the period 2005 to 2015. The second part of the book combines the findings of a large-scale, quantitative survey and more than 200 qualitative interviews to provide a detailed profile of young scientists and the barriers they face in terms of five aspects of their careers: research output; funding; mobility; collaboration; and mentoring. In each case, field and gender differences are also taken into account. The last part of the book comprises conclusions and recommendations to relevant policy- and decision-makers on desirable changes to current research systems in Africa.