The (in)determinism of biological evolution; where does the stochastic character of evolutionary theory come from? 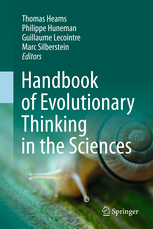 Evolutionary theory is readily acknowledged to be stochastic in that it only enables one to make probabilistic predictions, for instance regarding changes in genotypic frequencies within given populations. However, the very origin of this stochastic character has been the focus of much philosophical debate. Is it due to an inherent indeterminism? Or rather to epistemic limitations? In this chapter, we review some of the major arguments that have been exchanged on the topic recently. We argue that settling the issue would require first to answer the question of the relative contribution of the different factors of evolution. This leads us to defend a more nuanced vision of the origin of the stochastic character of evolutionary theory.