The Battle over Greece’s Deficit Statistics 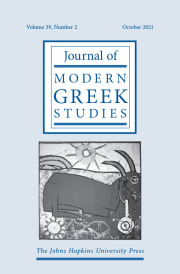 The controversy over Greek deficit statistics highlights three developments, characteristic not only of Greece, but of Europe as a whole: the intended depoliticization of certain issues or domains through the setting up of independent authorities, the transformation of national norms and arrangements that comes with European integration, and the role of transnational epistemic communities. An ongoing statistical dispute between Eurostat and the Greek authorities in the years before 2010, and changes in the governance of Greek statistics from that year onward as the controversy moved to the judicial arena, have revealed conflicting legitimacies and offered a testing ground for a whole series of devices and processes designed to monitor the independence of statistical institutes all over Europe.