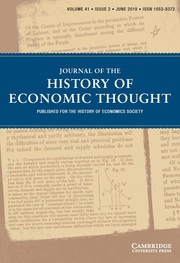 Until around 1950, the German émigré Ernst Friedrich Schumacher (1911–1977) was a relatively conventional economist, believing in progress based on economic growth and developments in science and technology. Then, as he turned forty, he went through a period of prolonged self-examination and spiritual quest, which, amongst other things, led him to become critical of Western modernity. Developing a great interest in Buddhist spirituality and culture, in 1955 he travelled to Burma, where he spent three months as a United Nations consultant. His encounter there with the encroachment of Western development upon a traditional society proved pivotal for him, confirming his skepticism about modernity and stimulating him to write a renegade essay, “Economics in a Buddhist Country.” This experience in Burma shaped his work thereafter, as contributor to debates on development both East and West, as promoter of intermediate technology, and as author of the prophetic, popular book of 1973 Small Is Beautiful: A Study of Economics as if People Mattered.