Responsible measurement and the ethics of big data 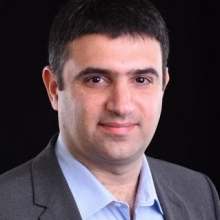 Computer algorithms are increasingly relied upon to analyze large amounts of data in areas ranging from healthcare to finance to criminal justice, and to inform high-stakes decision making. The emerging field of data ethics studies the ethical and social impacts of such algorithms on a growing number of aspects of human life. Many of the ethical challenges posed by big data and algorithmic decision-making are not completely new, but echo similar challenges associated with the rise of social statistics and psychometrics in the nineteenth and early twentieth centuries. Despite this, data ethics has thus far been pursued largely independently of the study of history and philosophy of measurement. This talk will explore ways for data ethics and philosophy of measurement to fruitfully inform each other. A key lesson will be that standard notions of accuracy and fairness in machine learning are overly simplistic and expose stakeholders to unnecessary harms. Drawing on the philosophy of measurement, I will propose an alternative, value-laden concept of algorithmic accuracy, and a dynamic notion of fairness that applies to use cases rather than to static probability distributions.

Tal’s work deals with the epistemic and ethical dimensions of data collection, data analysis and data use in the sciences. He has contributed to the philosophy of measurement, an area within philosophy of science that deals with the concepts and problems involved in designing, operating and interpreting measurement procedures. His current research projects concern the conceptual foundations of psychometrics, and the ethical and social implications of big data and machine learning algorithms.

His other areas of interest include general epistemology, sociology of science, and philosophy of physics.