Writing the history of virology in the twentieth century: Discovery, disciplines, and conceptual change

Méthot, P.-O. (2016). Writing the history of virology in the twentieth century: Discovery, disciplines, and conceptual change. Studies in History and Philosophy of Biological and Biomedical Sciences, 59, 145-153. 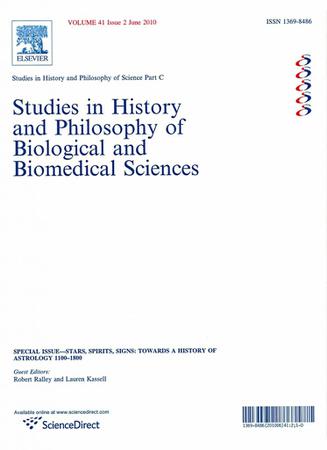 Concerned with the study of viruses and the diseases they cause, virology is now a well-established scientific discipline. Whereas aspects of its history from the late nineteenth to the mid-twentieth century have often been recounted through a number of detailed case studies, few general discussions of the historiography of virology have been offered. Looking at the ways in which the history of virology has been told, this article examines a number of debates among scientists and historians of biology and show how they are based on a different understanding of notions such as “discipline”, of processes such as “scientific discovery” as well as on distinct views about what the history of science is and how it should be written (the opposition between “longue durée” and “micro-history” or between history of “concepts” versus “experimental methods”). The analysis provided here also suggests that a richer historiography of virology will require looking at the variations over time of the relations between conceptual, technological, and institutional factors that fostered its development at the intersection of several other scientific fields in the life sciences.