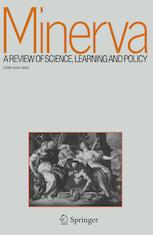 In the global academic capitalist race, academics, institutions and countries’ symbolic power results from the accumulation of scientific capital. This paper relies on the perspectives of system actors located at the institutional, national and international levels to assess the perceived importance of eight systemic factors in contributing to the comparative advantage of social-democratic regimes, namely Denmark, Finland, Norway and Sweden. A deductive thematic analysis performed on 56 transcripts and a one-way repeated-measure ANOVA (and pairwise post-hoc t-tests) performed on 324 questionnaires confirmed the hypotheses regarding the positive influence of academic traditions and internationalization. This study contributes to the development of a varieties of academic capitalism (VoAC) approach to apprehend how political-economies condition higher education systems’ (HES) comparative advantage.