The cognitive context of citations 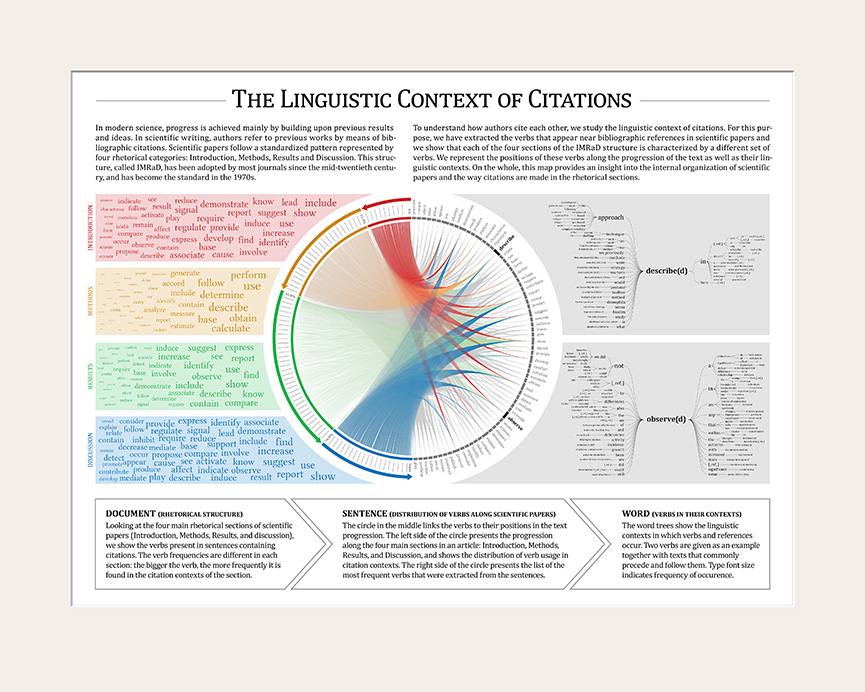 This map by computational linguists Marc Bertin and Iana Atanassova, information scientist Vincent Larivière, and historian of science Yves Gingras looks at verb occurrences found in the citation contexts of the different sections of scientific papers. Using about 50,000 scientific papers published in the PLoS series of journals over the period 2009-2012, they analyzed the full-text citation contexts to extract verbs in the introduction, methods, results, and discussion sections. Each of the four sections tends to make use of different sets of verbs. The circle in the middle was generated using the Circos tool and is meant to support the exploration of relationships between frequently used verbs and their positions in different paper sections. The linguistic contexts in which verbs occur were extracted using the Stanford part-of-speech tagger. The right side of the map shows the linguistic citation context for two verbs. On the whole, this map provides insight on the internal organization of scientific papers through the specific verbs associated with citations appearing in the different sections.