Out from the PLATO cave: uncovering the pre-Internet history of social computing 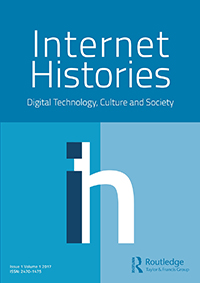 PLATO was a pioneering educational computer platform developed at the Computer-based Education Research Laboratory at the University of Illinois at Urbana-Champaign in the 1960s and 1970s. It quickly evolved into a communication system used for educational purposes, and also for social interaction (message boards, real-time messaging), collaboration and online gaming. The PLATO system was one of several precursors to today’s Internet, but it has been little studied. It illustrates the value of the study of Internet histories and pre-histories (insofar as PLATO and other computer-mediated communication infrastructures like it predated Advanced Research Projects Agency Network (ARPANET), particularly as those histories entail rhetorical discursive elements regarding technical resources, social values and ethical norms that continue to shape the development of Internet technologies.