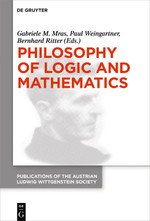 We reconstruct a variation by Friedrich Waismann of Wittgenstein’s rule following argument, based on what we call the ‘guessing game’ (BB: 112 and PI§§151 and 179), and contrast it with Kripke’s case of a deviant pupil (PI §§143 and 185). Our reconstruction follows Waismann’s reliance on the cause-reason distinction, and it is completed by an explanation of what it means for the ‘chain of reasons’ to have an end, beyond which one can only appeal to causes. To conclude, we identify the contemporary debate on ‘blind reasoning’ as an area where Waismann’s variation could play a role.