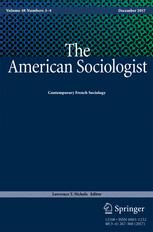 An article recently published in The American Sociologist argued that social scientists are biased because of their liberal views, and that this social activism might in turn explain the growing distrust of conservatives in the scientific community observed in the General Social Survey. Although I do agree that social scientists in the United States are mostly liberal, which is hard to contest given the accumulated evidence, this does not necessarily mean that liberal scientists are biased. It is one thing to adopt liberal views, but it is quite another to let these views distort scientific productions to the point that they are not scientific anymore. Since no systematic evidence currently exists to support this claim, the “liberal bias” remains a myth. Moreover, the authors do not report any statistical correlation between the purported increase in social scientists’ activism and conservatives’ growing distrust in science, let alone a causal relationship. I hypothesize that the authors, as conservatives, are more concerned with liberalism than with the politicization of science per se, and that their critics are aimed at challenging liberals’ domination within academia by depicting liberal scholars as pseudo-scientists.