‘Birth, life, and death of infectious diseases’: Charles Nicolle (1866–1936) and the invention of medical ecology in France 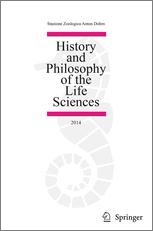 In teasing out the diverse origins of our “modern, ecological understanding of epidemic disease” (Mendelsohn, in: Lawrence and Weisz (eds) Greater than the parts: holism in biomedicine, 1920–1950, Oxford University Press, Oxford, 1998), historians have downplayed the importance of parasitology in the development of a natural history perspective on disease. The present article reassesses the significance of parasitology for the “invention” of medical ecology in post-war France. Focussing on the works of microbiologist Charles Nicolle (1866–1936) and on that of physician and zoologist Hervé Harant (1901–1986), I argue that French “medical ecology” was not professionally (or cognitively) insulated from some major trends in parasitology, especially in Tunis where disciplinary borders in the medical sciences collapsed. This argument supports the claim that ecological perspectives of disease developed in colonial context (Anderson in Osiris 19: 39–61, 2004) but I show that parasitologists such as Harant built on the works of medical geographers who had called attention to the dynamic and complex biological relations between health and environment in fashioning the field of medical ecology in the mid-1950s. As the network of scientists who contributed to the global emergence of “disease ecology” is widening, both medical geography and parasitology stand out as relevant sites of inquiries for a broader historical understanding of the multiple “ecological visions” in twentieth-century biomedical sciences.