Aristotle on Universal Quantification: A Study from the Point of View of Game Semantics 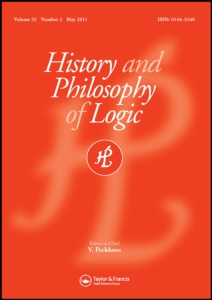 In this paper we provide an interpretation of Aristotle’s rule for the universal quantifier in Topics Θ 157a34–37 and 160b1–6 in terms of Paul Lorenzen’s dialogical logic. This is meant as a contribution to the rehabilitation of the role of dialectic within the Organon. After a review of earlier views of Aristotle on quantification, we argue that this rule is related to the dictum de omni in Prior Analytics A 24b28–29. This would be an indication of the dictum’s origin in the context of dialectical games. One consequence of our approach is a novel explanation of the doctrine of the existential import of the quantifiers in dialectical terms. After a brief survey of Lorenzen’s dialogical logic, we offer a set of rules for dialectical games based on previous work by Castelnérac and Marion, to which we add here the rule for the universal quantifier, as interpreted in terms of its counterpart in dialogical logic. We then give textual evidence of the use of that rule in Plato’s dialogues, thus showing that Aristotle only made explicit a rule already implicit in practice, while providing a new interpretation of ‘epagogic’ arguments. Finally, we show how a proper understanding of that rule involves further rules concerning counterexamples and delaying tactics, stressing again the parallels with dialogical logic.